I’ve visited palaces before, from England to Ecuador, so I figured I knew what to expect when I went to Diocletian’s Palace in Split, Croatia. But Roman emperors building themselves retirement homes at the seaside did not mess around. This was not just an imposing building, this was an entire city. Built in the fourth century, the palace originally held Diocletian’s retinue and military guard, and a few centuries later, people moved in and set up shops and homes. It’s been the heart of the city of Split ever since.

Bell tower of the cathedral

One of the imposing walls of the palace 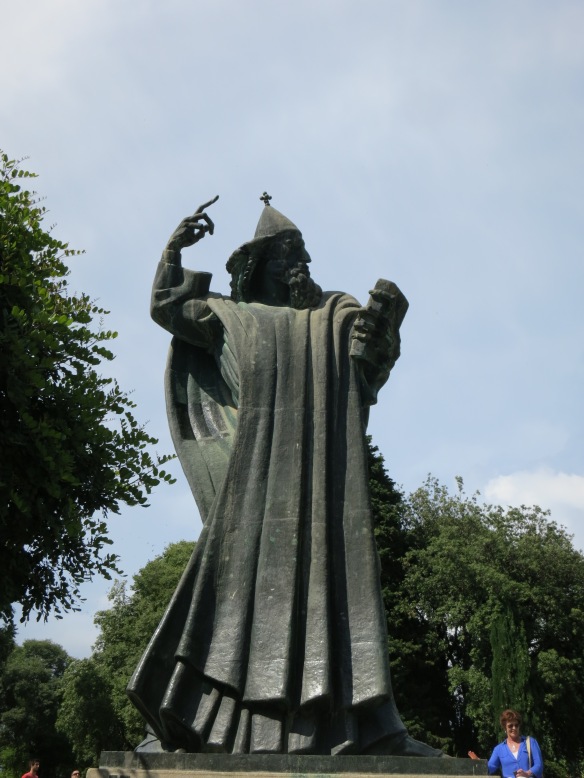 Gregory of Nin, the 10th-century bishop who introduced Croatian in church services

As a World Heritage site, the palace has to keep to strict rules of conservation, so the shops and restaurants inside the structure use the same marble from nearby island Brac whenever possible, and the streets are paved with white flagstones. Of course, before UNESCO started making rules about what could and could not stay, the city went through centuries of change. The main structure is still the same one that Diocletian lived in, but since then, nobles installed their coats of arms over doorways, bishops replaced temples with churches and Diocletian’s mausoleum with a basilica, and one religious group even turned part of the city walls into a very narrow Christian chapel. 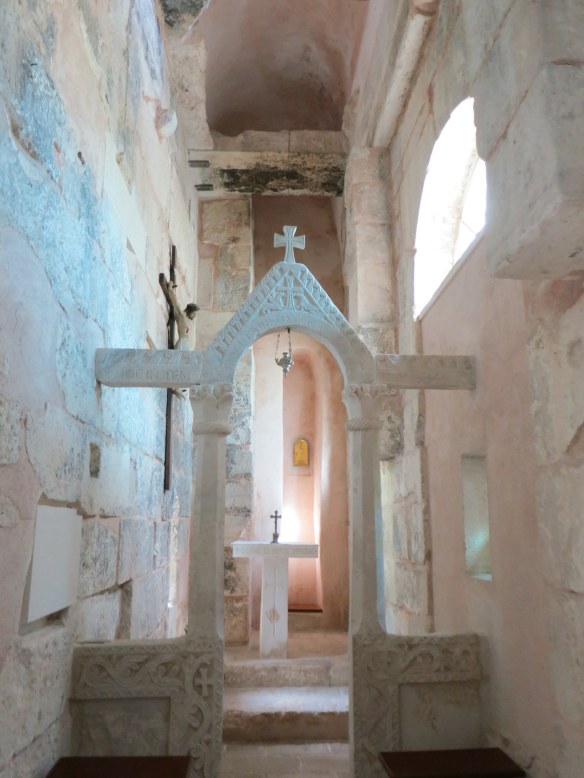 Chapel in the fortified palace walls

Climbing the steep stairs of the bell tower

Not a bad view

The peristyle of Diocletian’s Palace

I visited Split in June 2013, as part of my two-week journey along the Croatian coast. I had astonishingly good weather the whole two weeks–the kind of warm, sunny weather that intensified the blue water and orange-roofed houses in each town–but one afternoon in Split, I got caught out in a hailstorm. I huddled with some other people on a balcony of the Cathedral of Saint Dominus, then dashed across the peristyle to the dome and listened to a quartet sing a cappella as the rain thundered outside.

View from the top of the bell tower

Even the graffiti is educational

As I mentioned in another post, I also took a ferry across to the island of Brac, to visit the beach Bol. The beach was stunningly beautiful, but people aren’t kidding when they say that the beaches in Croatia aren’t sandy. Only pebbles in every direction, which made getting in the water more of a hobble than a carefree dash. Once I settled onto my towel, I was able to appreciate the pebbles as a kind of massage bed, but any movement was a little uncomfortable. But maybe it’s just me; I didn’t notice anyone else having any problems. Ah well, small sacrifices. 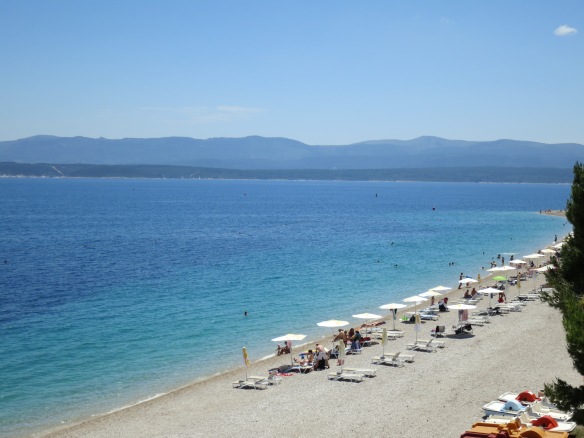 Bol Beach on the island of Brac 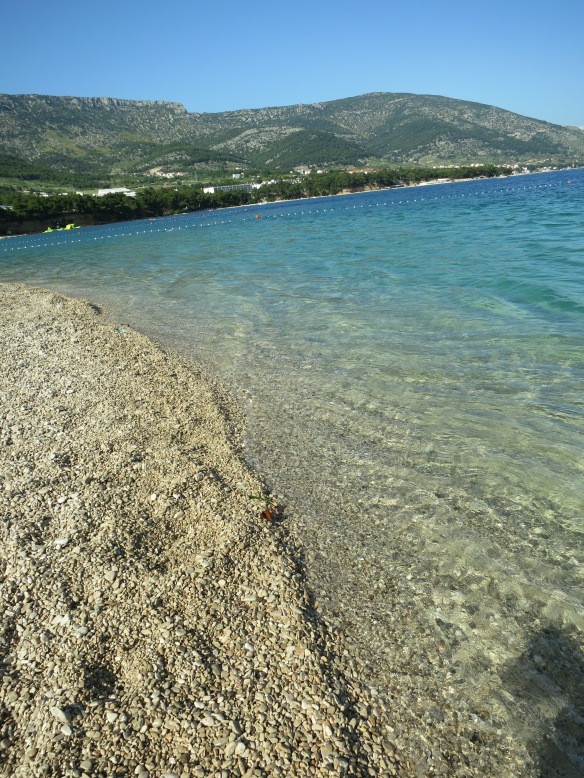 View from the hill outside city walls

8 thoughts on “Palatial Living in Split”