La Mitad del Mundo is the name given to the large complex built north of Quito to mark the equator. As everyone will tell you, it’s not actually the proper middle of the world; the French did the best they could with the instruments they had in the early 18th century, but they weren’t entirely accurate. A different museum, built 200 meters away, purports to be on the actual equator, as determined by GPS, but apparently even this might not be accurate, as the GPS used is unreliable. (I don’t know how that works.) Certainly there’s an appeal in believing that you’re on the exact spot, but I suppose it doesn’t really matter.

Holding the world in the palm of my hand 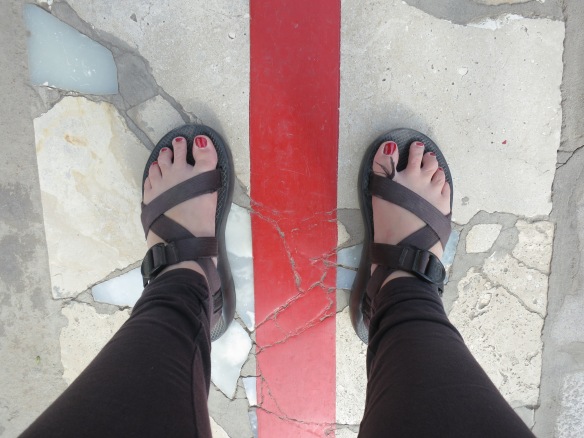 I went on what has to be the most well-supervised school trip ever–the ratio of teachers to students was 1:1, with two professors escorting two students from the school to a taxi, to a bus, to the museums. We optimistically took the Spanish tour of the Museo Intiñan, and using context clues and intense concentration, I understood a whopping 20% of what our guide said. But hey, that’s better than nothing.

We passed dusty cases of dead animals–splayed spiders, a giant boa constrictor, other venomous spiders coiled up inside mason jars. Just when I was getting used to looking at those, I turned and saw a small glass case containing a shrunken human head. Well, hello. The Shuar people made shrunken heads as part of a ritual involving the personal power of the person whose head is involved. I later learned (in a great museum in Cuenca) that the Ecuadorian government has outlawed it, and now they’re only allowed to shrink anteater heads. 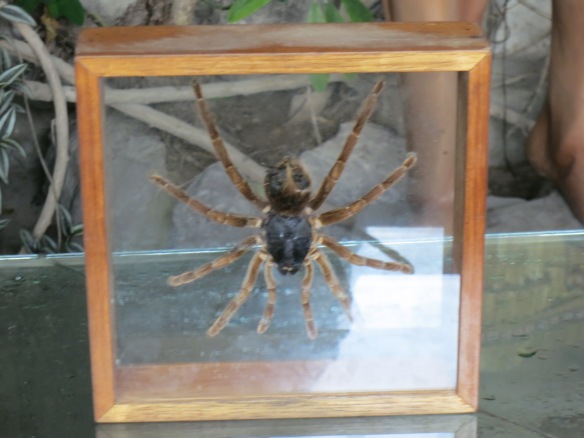 Our guide showed us a couple rebuilt homes from indigenous groups in the area; pointed out the cui (guinea pigs) that are raised much bigger and fatter than those in the US, because they’re a delicacy here; gestured to the reconstructed archaeological site filled with pottery and other signs of life from a couple thousand years ago; and named the statues erected in the main plaza, one for each South American country (and one for Hawaii too). 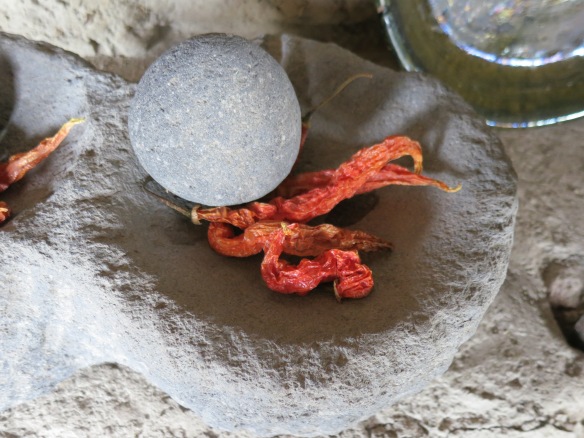 Guinea pigs, or as my guide joked, lunch

Can’t remember which country this guy stands for

Finally, we got to the main event, the tests that supposedly prove exactly where the equator lies. First, I took this awesome photo:

Next, I watched water drain in a swirl this way, then that way, and then straight down:

Then I balanced an egg on the head of a nail. I don’t know why this is a thing, but it is a thing. I even got a certificate for it:

I got skills–egg balancing skills

I’ve heard and read that none of these actually have anything to do with the magnetic force of the equator, which is what our guide told us made all these things possible. I’m not sure which is true–anyone care to enlighten me?

Anyway, we left the museum, my egg balancing certificate firmly in hand, and headed down the street to the big Mitad del Mundo complex. I was looking forward to exploring the ethnographic museum in the center of the complex, but when we arrived at the gates, the teachers said, “Okay, we’ll wait out here. You have 15 minutes to take photos in front of the monument, and then we’re heading back.” Buuuuut, what? Seeing the ethnographic museum was advertised as part of the trip. This was an unpleasant surprise. I could just stay and see the museum on my own, but a cab back to town cost $15-20, and the bus back would drop me somewhere utterly unfamiliar, after dark. So I went in, took some fun “I’ve got the world in the palm of my hand” photos, and went back as instructed. The happy ending to this story is that I thought the ethnographic sections of the Museo Pumapungo in Cuenca were really good.