In recent years, Hollywood has seen #OscarsSoWhite and #TimesUp, and it has generally responded with a shrug of the shoulders and a few token awards and wider releases to appease the masses of us who just want better representation, fair pay, and a safe and equal place to work. In this context, enter 2017’s Girls Trip, which is at once a reflection of real issues in women’s lives (love, career, friendship) and a raunchy group comedy that gloriously pushes the bounds of what we’re used to seeing on screen in a major studio release.

In this movie, black women are allowed to let loose and let fly like they rarely are in movies and indeed in real life. Part of this is the privilege of class — these are upper-middle-class women, except for Regina Hall’s character, who is rich and about to get richer — but also it’s because reality is only allowed so much rein here. The women get into a fistfight in a club and then sneak out the side door, no one the wiser. They get off their faces on absinthe and laugh about it later, rather than being kicked out for inappropriate behavior. In short, they’re friends goofing around and getting into mild trouble, like in The Hangover or Bridesmaids or any other film that allows groups of friends to kick back without any real consequence.

In Girls Trip, no one tells these women they are too loud. No one questions their right to take up space in public, to get “white girl wasted,” to hit on any man that strikes their fancy, to just have fun. This should all be true in our reality, but all too often, it’s not. Black women are more likely than just about any other demographic to be told they’re angry, to be seen as threatening when they’re having a discussion, to be grossly sexualized but not given sexual agency. It’s revitalizing to see black women have this broad, raunchy freedom on screen — let’s see more of this please, and while we’re at it, see that reflected in our daily lives too.

Three out of the four stars in this film are established actors you can rely on to give layered, hilarious performances — Regina Hall, Queen Latifah, Jada Pinkett Smith — but as everyone has already noted, the breakout performance here is Tiffany Haddish, who has been working for years but not had her big break until now. More than any of them, she embodies the anything-goes, devil-may-care attitude of a group comedy movie like this. (Have you seen her acceptance speech at the New York Film Critics Circle Awards? Hilarious, full of genuinely good advice and charming anecdotes, and contains a joke so funny I had to hit pause on the video because I was laughing too loud to hear the audio.)

I saw this movie on a plane, and I think the flight attendants worried I was going to have to be reprimanded for disturbing the other passengers, because I was laughing so hard. If being a noise complaint risk at 30,000 feet isn’t a recommendation, I don’t know what is. 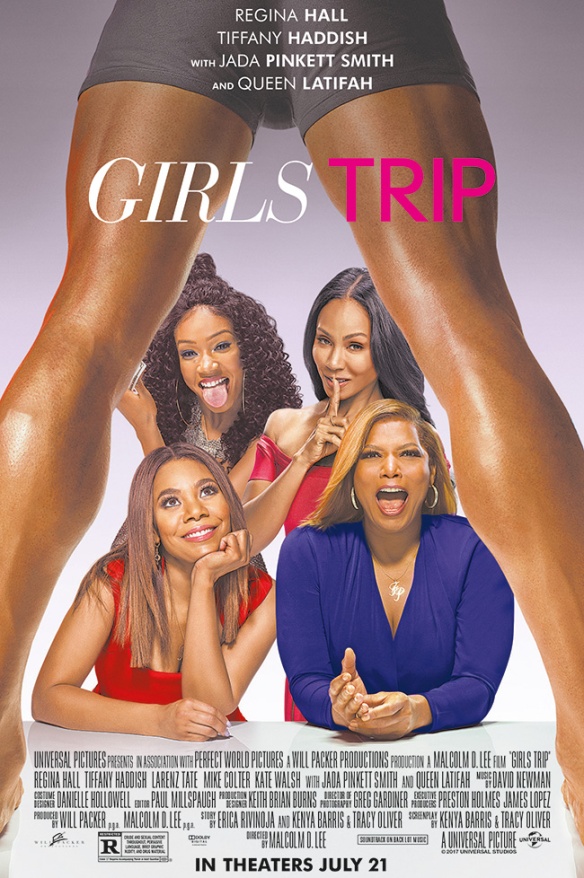