Cab drivers the world over aren’t happy with Uber and other “ridesharing” apps (in quotes because nothing is being shared–you’re paying for a service, like you do for a cab). There have been protests in several major cities, including some property smashing in France. A couple weeks ago, I walked right into a London protest.

I was going home the usual way from the office–walk half a mile to the bus stop just past the Bank intersection, take the bus, walk another third of a mile home, your standard city commute–and found myself in a crowd of black cabs. It even took me a second to realize that there were no other cars or buses on the roads, and that the cabs were all turned off, some of the drivers remaining in their cars and some milling about. 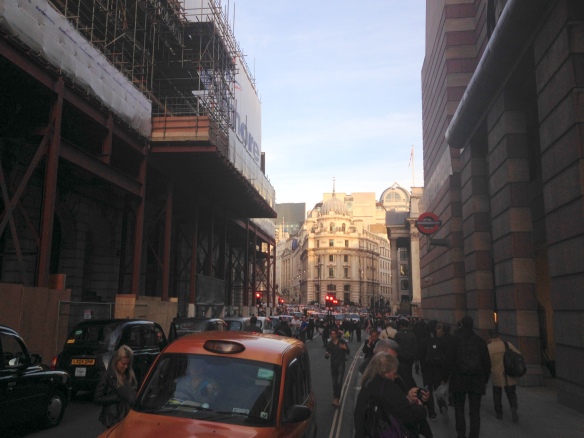 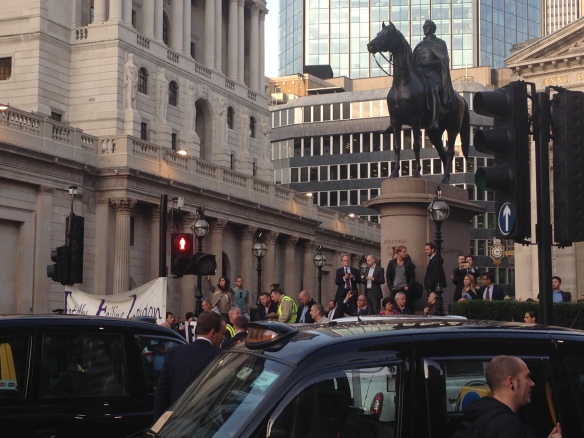 The banner says “Totally Failing London” as a play on Transport for London, the transit system here 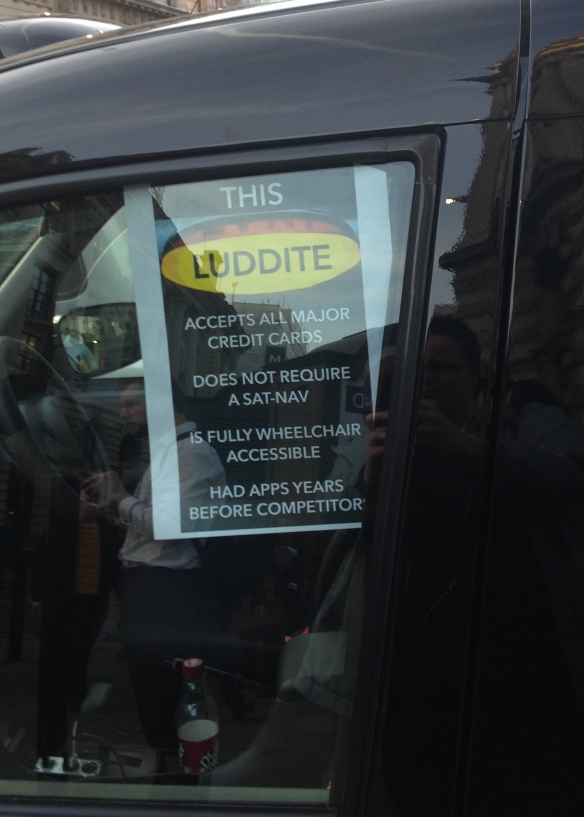 Cabs, cabs everywhere, and not a ride to have