“El Panecillo,” which means “the little bread loaf,” is the wonderful nickname given to the small hill that rises above downtown Quito. In pre-Inca times, it was the site of a temple to the sun god, and in 1822 it was one of the last stands in a battle between the indigenous people and the Spanish. 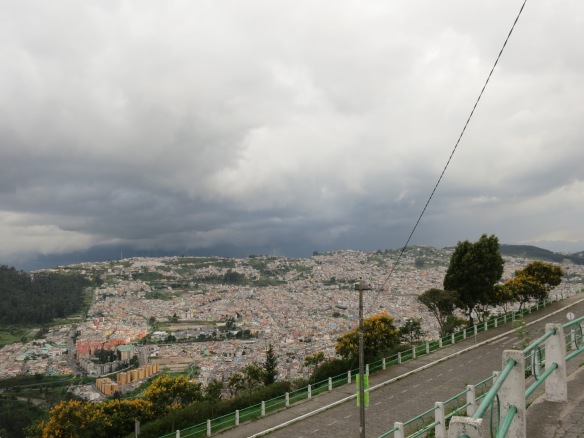 In 1976, Augustín de la Herrán Matorras was commissioned to build a giant statue of the Virgin Mary of the Apocalypse to look out over the city. The statue is based on one from the 18th century by Bernardo de Legarda. She has wings like an angel and a crown of stars, and she is standing on top of a globe with a serpent. Unlike almost every other representation of the Virgin, she’s not standing still with her hands demurely folded; she has a hand up and she’s almost dancing. 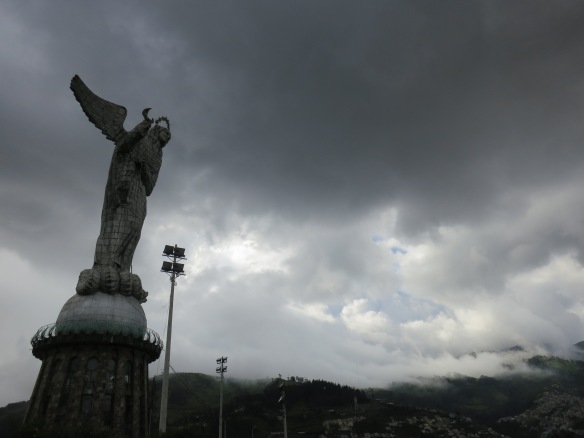 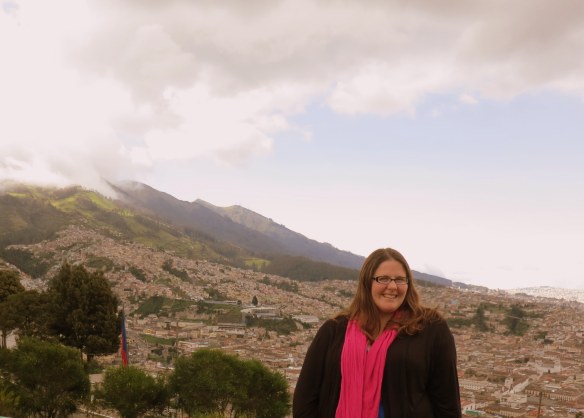 My friends and I took a cab up the hill and wandered around, admiring the views of the city, which runs down the narrow valley and out of sight over the Andes Mountains. The first impression I got from up there is just how big Quito is, and the next thing I noticed was how colorful so many of the buildings were. The churches and official government buildings downtown were all severe gray stone, but the houses running up the hill are a marvelous mix of bright reds, blues, yellows, and oranges. 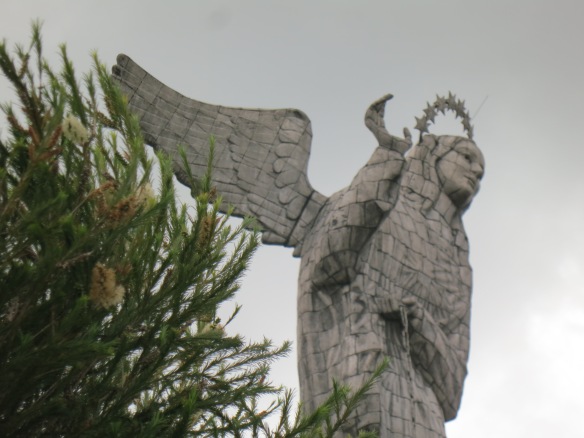 She’s made of aluminum 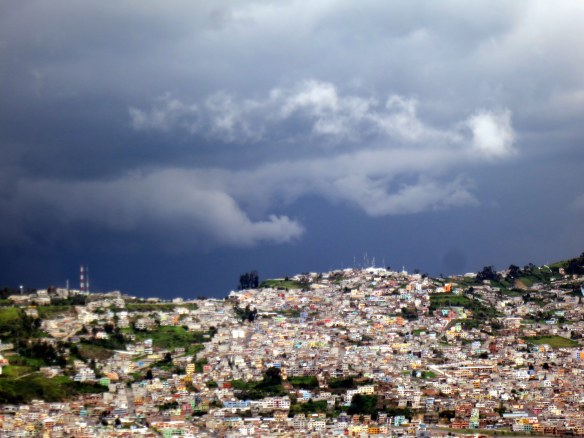 After we looked around up there, we took a cab ride to the Itchimbia hill, which overlooks downtown and El Panecillo both. We went to Café Mosaico and had a drink while we watched the sun go down over the colorful city, and the lights go up. 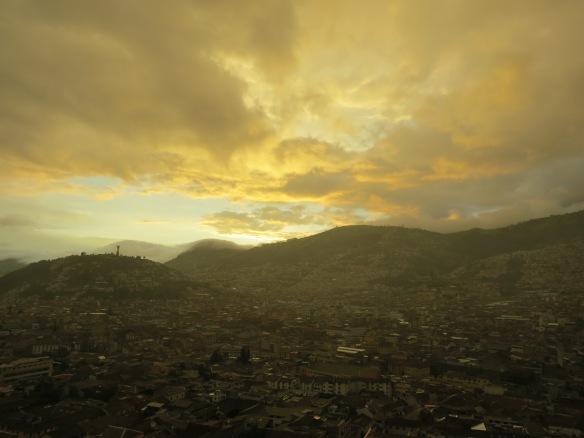 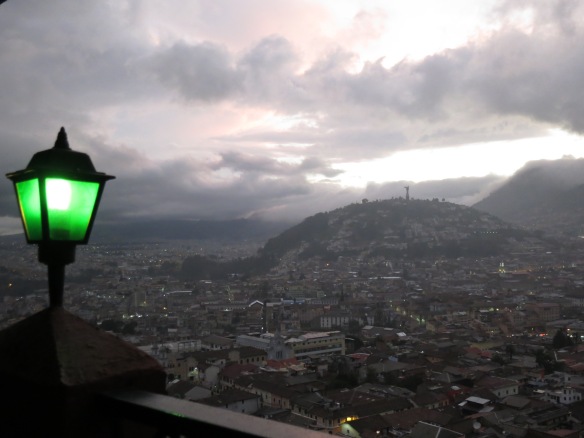 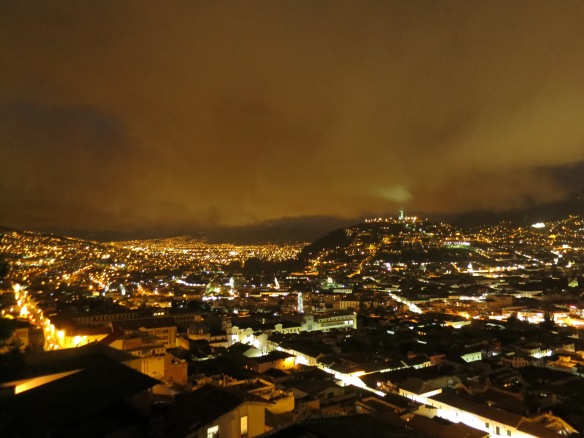 The city by night