I didn’t actually frolic with any live animals while I was in Cardiff, but I did pretend to be eaten by a lion, which is nearly the same thing.

Unaware of the dangers lurking nearby

The Animal Wall was originally built in front of Cardiff Castle in 1890, at the behest of the Marquess of Bute. He decided he wanted some animals atop a low stone wall to welcome people to his castle, as you do. 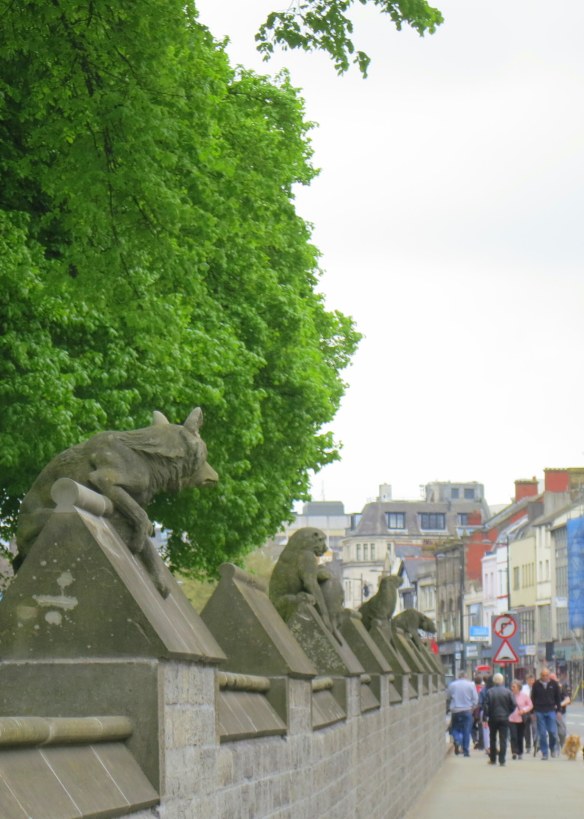 Looking into the center of town 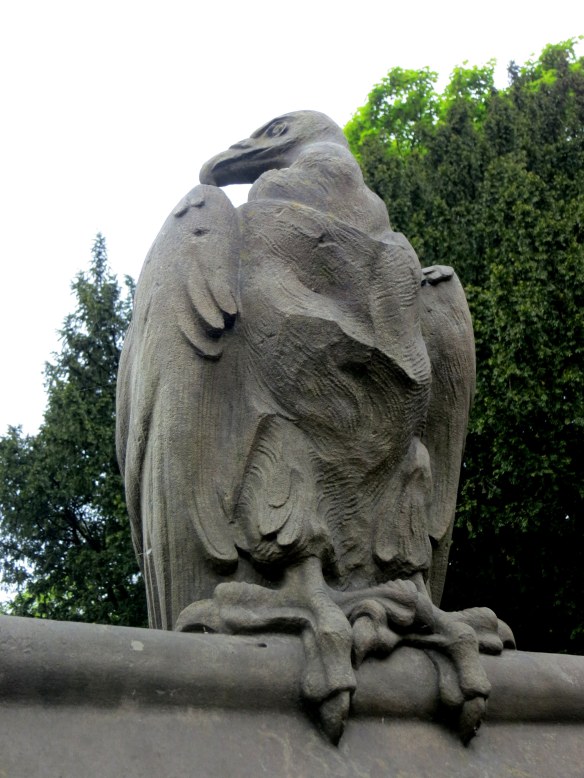 More animals were added in 1931, and a popular local cartoon brought all the animals to life in the 1930s, so that Cardiff children grew up knowing of the animals’ nighttime adventures in the city. The wall was moved when the road in front of the castle widened, and now the animals guard the entrance to Bute Park.

Pelican is angry it’s not warmer 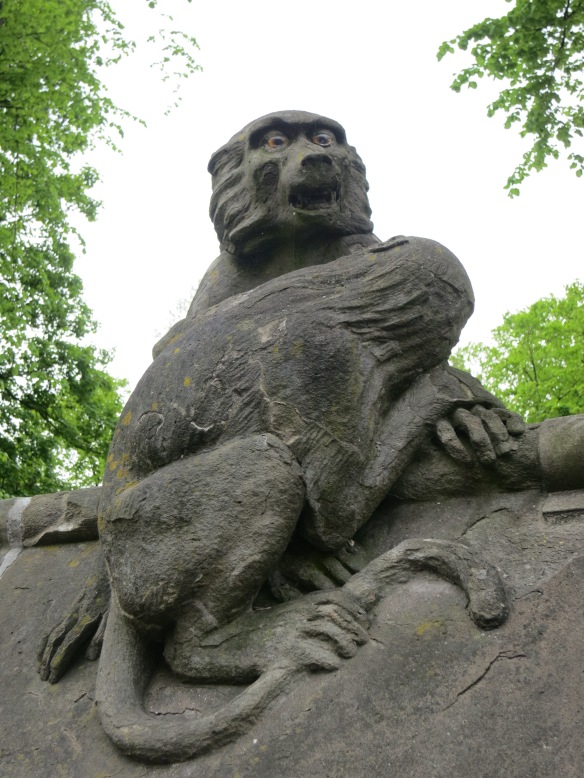 She looks surprised to be nursing