I had no winter this year, but I still gloried in spring. It’s amazing the psychological effect a fresh breeze and budding flowers can have, even when you aren’t thawing from a long, cold winter. I’d been melting in the tropics, and as gorgeous as the flora and fauna of Southeast Asia were, it was a relief for this Midwesterner to be back in temperate climes just as everything was starting to warm. 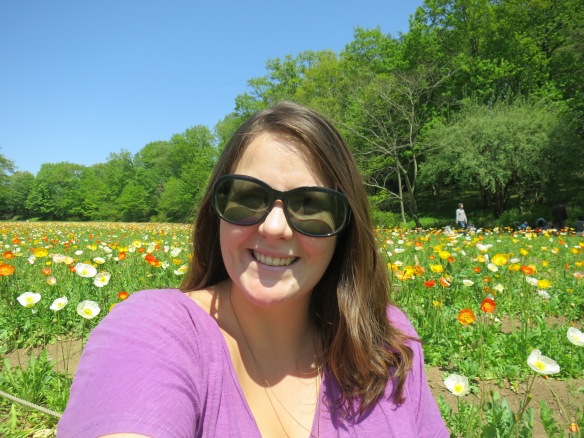 Amongst the flowers at the national park in Shinrin-koen 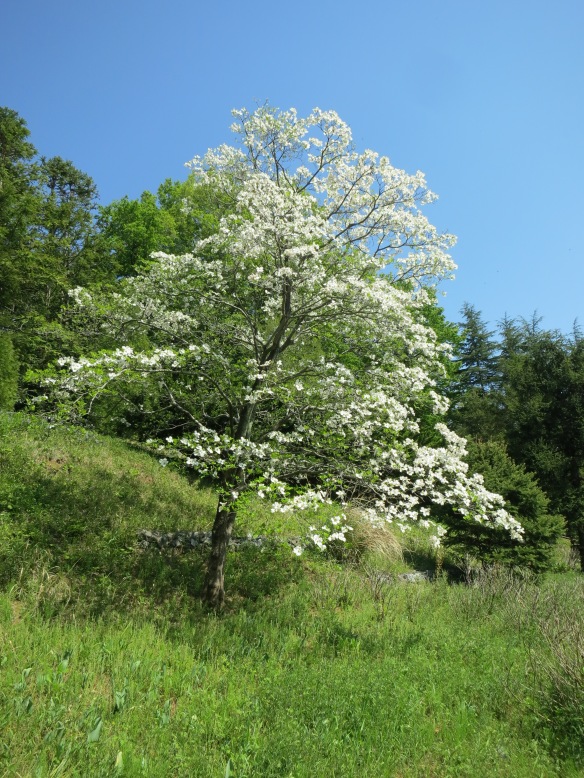 I went to the national park at Shinrin-koen in the Saitama region, one fine Saturday afternoon. It’s a sprawling park, and every inch of it is carefully manicured. There was no wildness at all there, so it felt more like a garden than what I think of when I think “national park.” It was a garden of wonders, one of the best-planned parks I’ve ever been to. 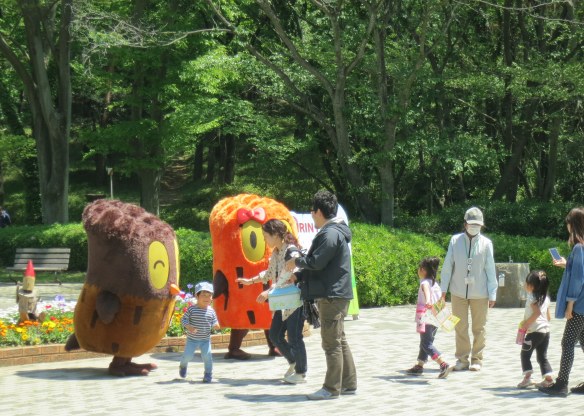 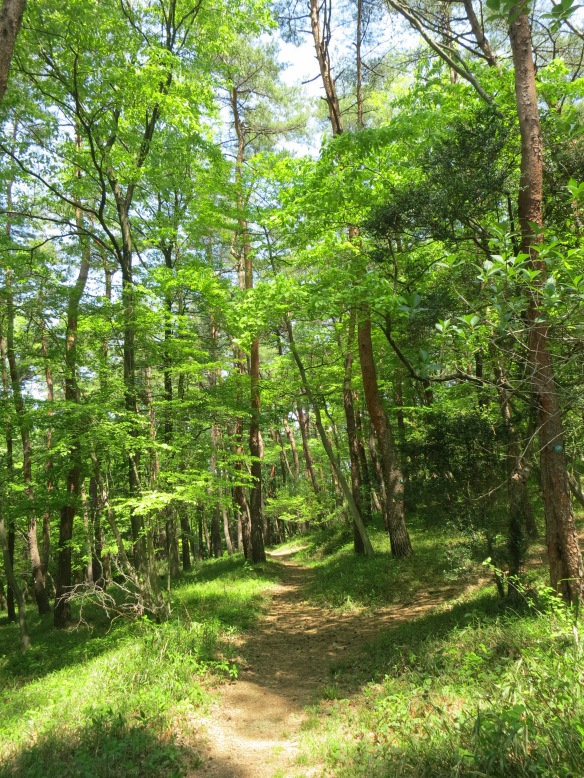 A walk near the castle ruins 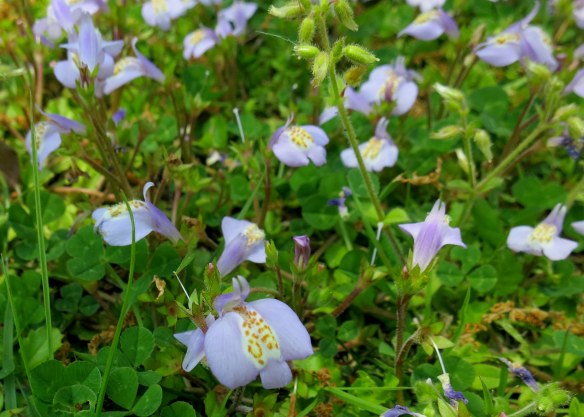 Straight off, giant plush mascots greeted families as they entered the park, and posed for photos with children. This set the stage for the rest of the park, which was packed with frolicking kids and relaxed parents. This was a sunny weekend at the beginning of Golden Week, the biggest holiday week in the country, so it was no wonder it was full of families. Still, it was a big enough park that I was able to find my own patch of grass in a quiet corner and read a book for an hour. 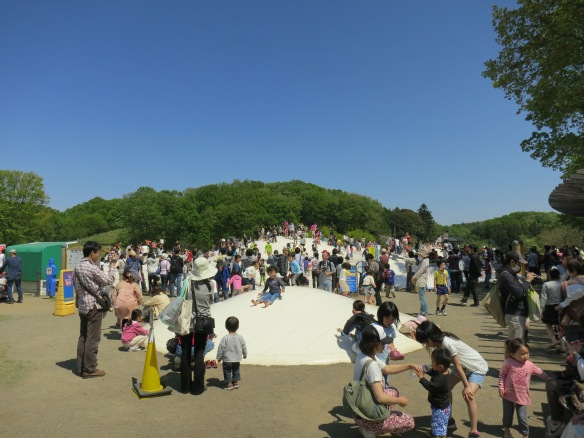 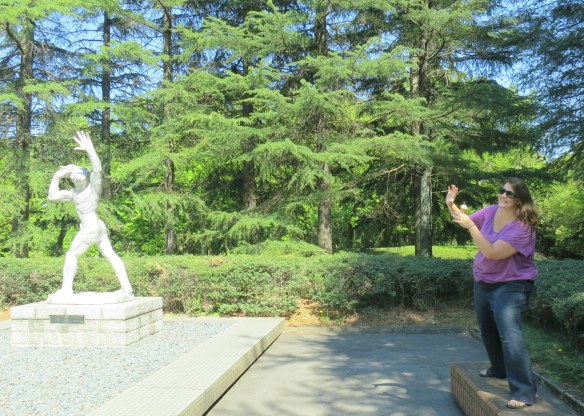 I walked on broad, paved paths, while cyclists zipped by on separate paths (brilliant move). You can rent bicycles at several of the entrances to the park, or of course, bring your own. There was a motorized train you could pay to get from one end of the park to the other, since it was so large. Signs were placed throughout the park reminding visitors not to remove plants or animals. Most signs were in both Japanese and English, and I got an English map at the park entrance, which was very helpful. 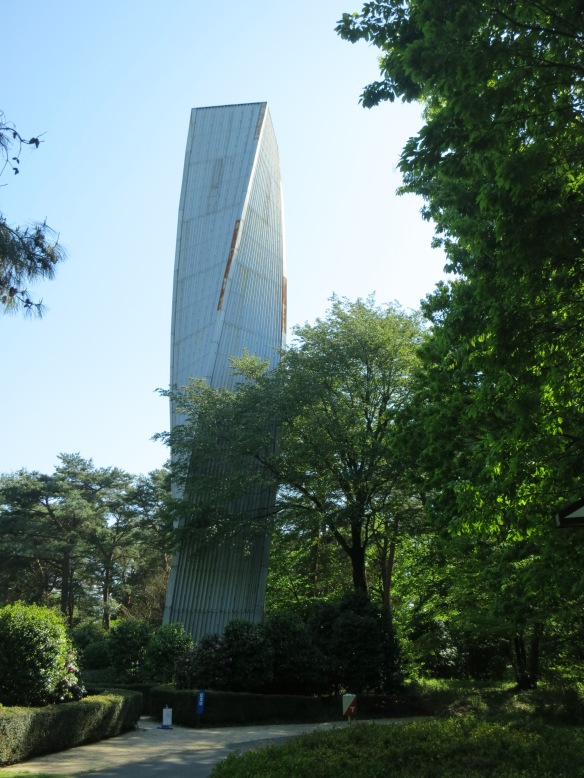 I can’t remember what this is a memorial to

The park was made up of lots of different areas–sculpture garden, performance pavilion, cherry tree grove, barbecue grills, giant trampoline, tulip garden, pony rides, lake dotted with water fowl, snack shack, play structure, and a lot of other places I didn’t get to in the three hours I was there. I walked over what a sign said were the ruins of a castle, although by this point they were just indentations in the earth. 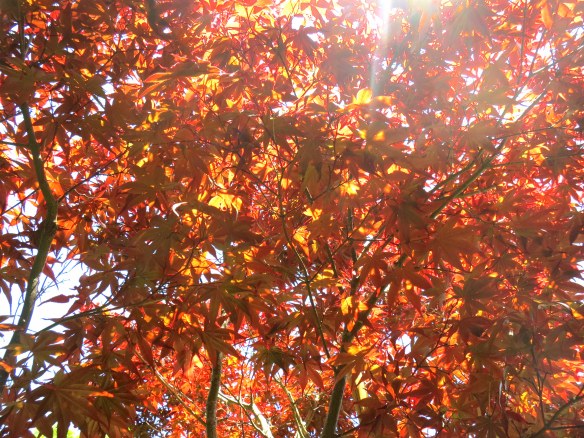 The giant trampoline was more like a white dome of soft, bouncy material, and kids from toddler age on up to about ten were having great fun jumping around and sliding down to the ground, then clambering up again. I had my first Japanese soft-serve ice cream, which I found out later was a majorly popular treat throughout the country. Vanilla and rose flavor, delicious. 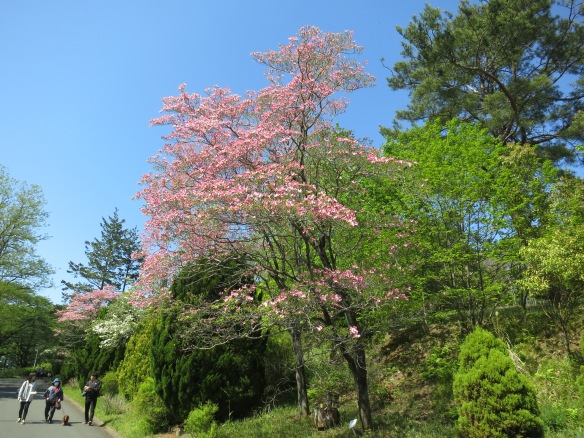 I posed for photos in front of various trees and flowers, and smiled at all the kids throwing up peace signs in their photos. It was a lovely day for a walk in the park, and if I’m ever in the area again, I’ll go back. 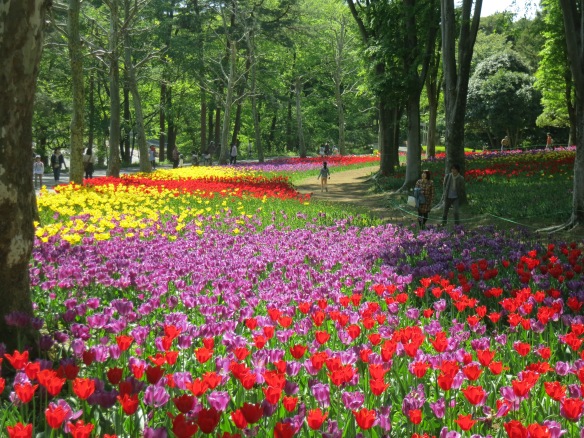 Tiptoeing through the tulips

6 thoughts on “Springtime in Shinrin-koen”